Now in its fourth year, Rainbow Week is one of the most exciting events in UL! So you don’t want to miss a thing! It’s a week long spectacle of all things Queer and colourful!

Monday Night Kick off: Secrets Party
This year’s Rainbow Week is the first to host one of Out in UL’s Secrets Parties. We’ve been collecting secrets from people all over campus for the past few weeks, everything from “I shoplift regularly” to “Out in UL saved my life”. On Monday November 3rd all those anonymous secrets will be put up on the walls, for everyone’s entertainment, as we celebrate the opening of Rainbow Week! 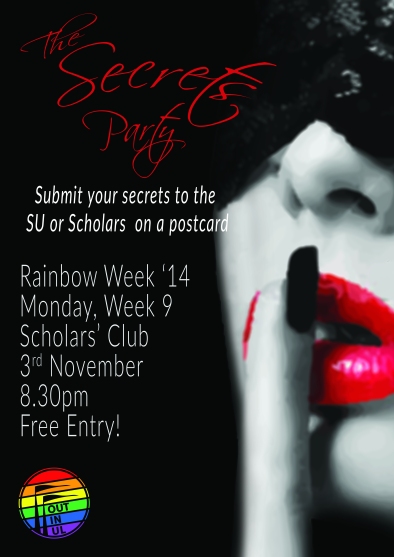 Tuesday afternoon: Asexuality Workshop
Out in UL are teaming up with GOSHH to help educate our members’ on all things ace. Everyone wanting to learn about asexuality, how to be a better ace ally or just to grasp the basics, please come along! All our workshops are a Safe Space environment, so if you think your question is too obvious, silly or quirky, please come and ask, that’s what we’re here for! 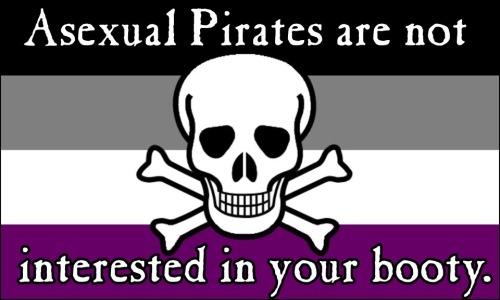 Tuesday Night: Big Night In
So after the excitement of Monday night, we wanna make sure you can all kick back & relax. And there’s no better way to do that than staying in with friends! So come along compadre’s, we’re gonna be watching some LGBTQ themed movies; Transamerica and GBF. We’ll have snacks on the night & hopefully nobody plans on walking in during a sex scene… this year… 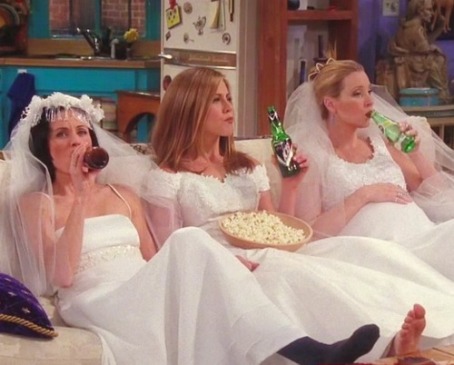 Maybe not quite the physical act of sex.

We’ll have a setup in the middle of the Courtyard outside the Students Union with discussions “demonstrations” and plenty of edumacating. We’ll also have cosy couches and will be sheltered in case we have any nasty weather!

Wednesday Night: Big Night Out
Big Night Out will once again be taking place in Strokers this year! We’ll have some amazingly talented dancers, singers and erm, two well know faces performing! 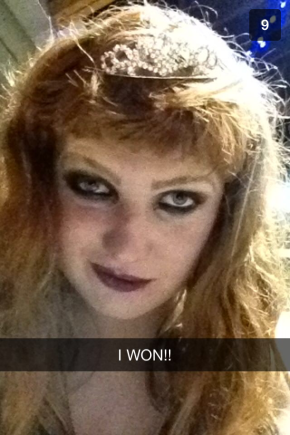 If that’s not enough to whet your appetite we’ll be running karaoke on the night, yes karaoke! We’ll be meeting members’ as ever outside Scholars so get ready to party the night away!

Thursday Afternoon: Trans* Workshop
Our final workshop for the week will also be in conjunction with GOSHH. We’ll be running through all the trans* basics, building on our pronouns meeting with Kate earlier in the semester and talking about how to be a good friend!

Thursday Night: Out in UL Goes to PANTI!
Yes, you heard us right we’re going to see Panti Bliss in Dolans Warehouse in Limerick City (The hosting venue of Queerbash, did I mention that you should come to Queerbash? Come to Queerbash). Ticket prices for members’ will be announced shortly, so keep your eyes and ears open! You don’t want to miss Ireland’s Queer Queen, do you? 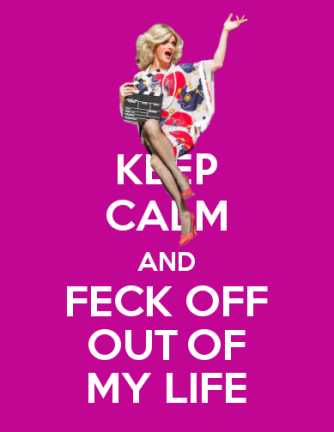 Friday Afternoon: Recovery Tea and Crafts
After a long eventful, glitter free (maybe) Rainbow Week it’s about time that you “treat yo self”. This is why on Friday afternoon Out in UL and Tea Soc are coming together to drink some delightful tea and make some beautiful loom bands, have the craic, nurse the hangovers and get creative! 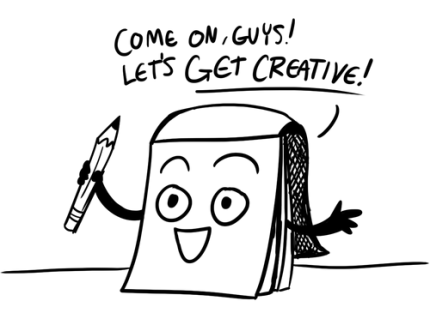 Friday Afternoon: RainGlow TGIF
Yep, once again, Out in UL are ending Rainbow Week with International Soc’s TGIF event in Stables. We’ll be doing a very special version of the event, an extra special “RainGlow” version. “What’s that?” I hear you ask? Rainbows + Glow sticks = RAINGLOW! So don’t spend all your energy on the first four days of Rainbow Week, because come Friday it’ll be time to let loose!

Published by Out in UL

Out in UL is the LGBTQ+ (lesbian, gay, bisexual, transgender, queer) society of UL. We seek to provide a safe and friendly environment of support for our members. View all posts by Out in UL